The City of Mabalacat, or Mabalacat City, is a relatively young city located in the province of Pampanga. This former municipality was finally converted officially into a city through a referendum passed in July 21, 2012. Mabalacat is the third city in the province, after Angeles City and San Fernando City.

The 2015 census states that this city has a population of slightly over 250,000 citizens. The total land area for this province is 83.18 square meters (or 32.12 square miles). One of the key destinations in Mabalacat City is the Clark Freeport Zone, a redevelopment of the former Clark Air Base. This area used to be a major United States Air Force base in the Philippines. This 4,400-hectare zone (and neighboring 27,600-hectare sub-zone) is transformed into a key industrial, commercial, and leisure zone with the Clark International Airport as its transportation hub. This zone is home to a wide variety of commercial establishments, hotels, casinos, resorts, and golf courses. Ninety-six percent of the Clark Freeport Zone is located within Mabalacat City.

Mabalacat is divided into 27 barangays, with Dau—one of the most recognizable stopovers for those traveling up north—as its biggest. This barangay is the most urban and most populous in Mabalacat City, serving as the home to roughly 23 percent of the population.

This city is also one of the richest in the province of Pampanga. Most of its funds are derived from real estate taxes, municipal license fees, Internal Revenue allotments, and funds for roads and bridges. The number of businesses in the city are also growing. Eleven banks serve the city’s financial and trading needs, with most of them found in Dau.

Aside from being a growing urban area in the heart of Central Luzon, Mabalacat is also a major transportation hub that connects the National Capital Region to the rest of Northern Luzon. A number of main road networks run through the city, including the North Luzon Expressway (also known as NLEX), the Subic Clark Tarlac Expressway (SCTEX), and MacArthur Highway. Also located within the city (in its southern corner) is the Dau Bus Terminal, which brings thousands of passengers bound for Metro Manila and key provinces in Northern Luzon, including Tarlac, Pangasinan, Ilocos Sur, Ilocos Norte, Bataan, Zambales, La Union, and Nueva Ecija.

With such a dynamic, modern city surrounding them, the residents of Bloomfield Mabalacat will definitely enjoy a wide variety of attractions and destinations a couple of minutes away from their community. Major landmarks near the Bloomfield Mabalacat community are the Ayala-owned and operated Marquee Mall, the Magalang Public Market, the Clark International Airport within the Clark Freeport Zone, and the NLEX Angeles Exit.

The Bloomfield community is very accessible and convenient for guests and residents. Public utility transportation is available 24 hours a day, seven days a week along the Angeles Magalang Road, and the community itself is located just seven minutes away from the NLEX Angeles Exit and the Marquee Mall.

Mabalacat is also home to the popular Pastorella tradition and the highly anticipated city fiesta. The Pastorella tradition lives on at the historic Our Lady of Divine Grace Parish, where the 4:30 AM Monday mass includes Latin and Greek hymns. The city fiesta, on the other hand, celebrates the legendary discovery of the Blessed Virgin Mary and the Child Jesus in the woods that once covered Mabalacat. The city fiesta is a good time to visit the city and to celebrate the historic tradition with the Bloomfield community. 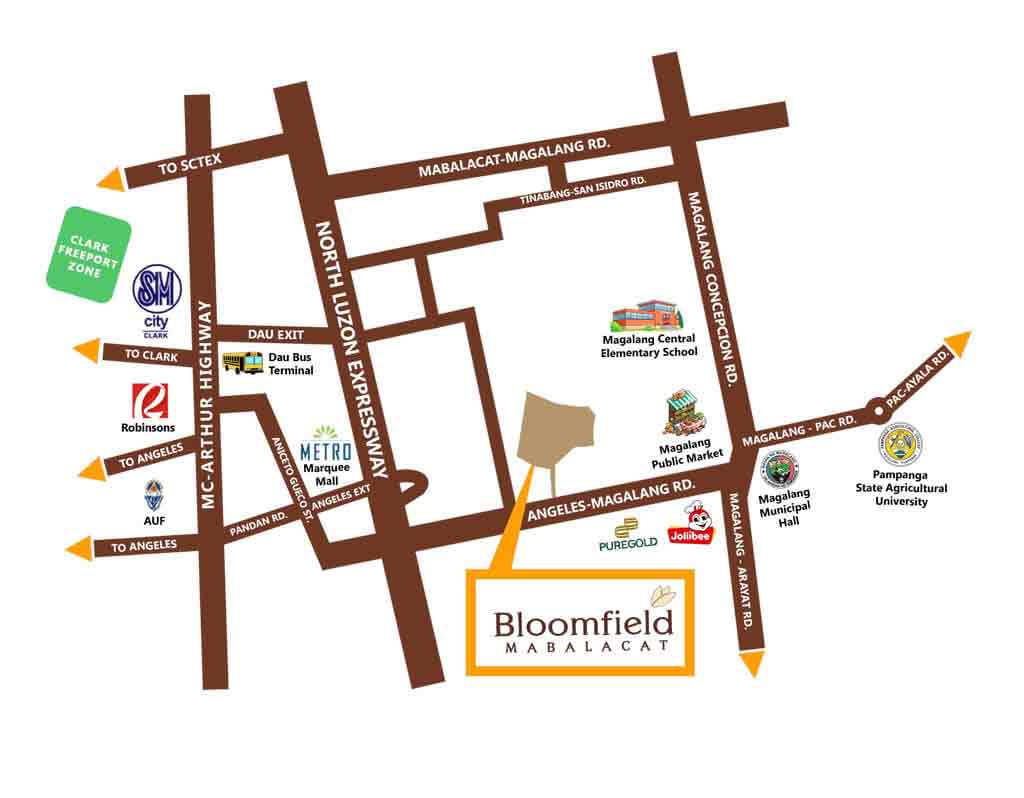 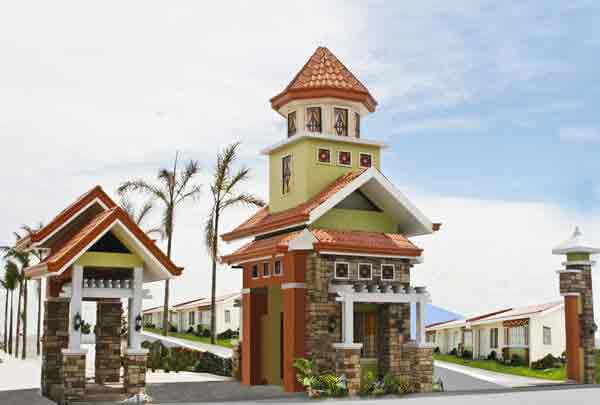